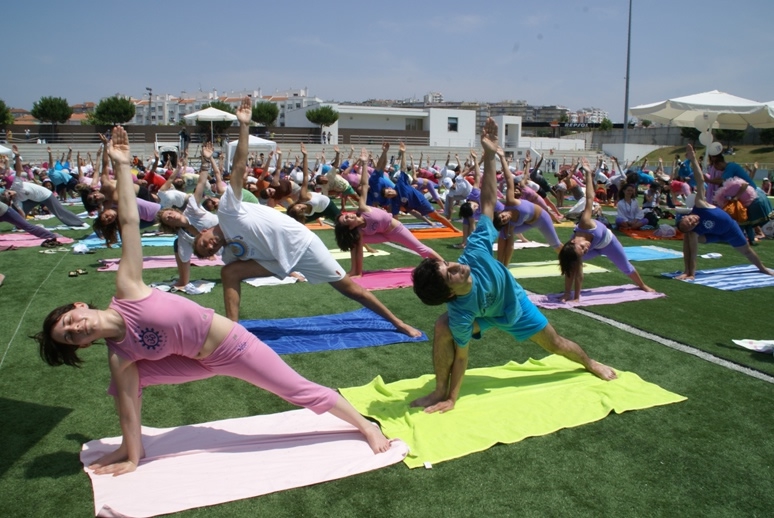 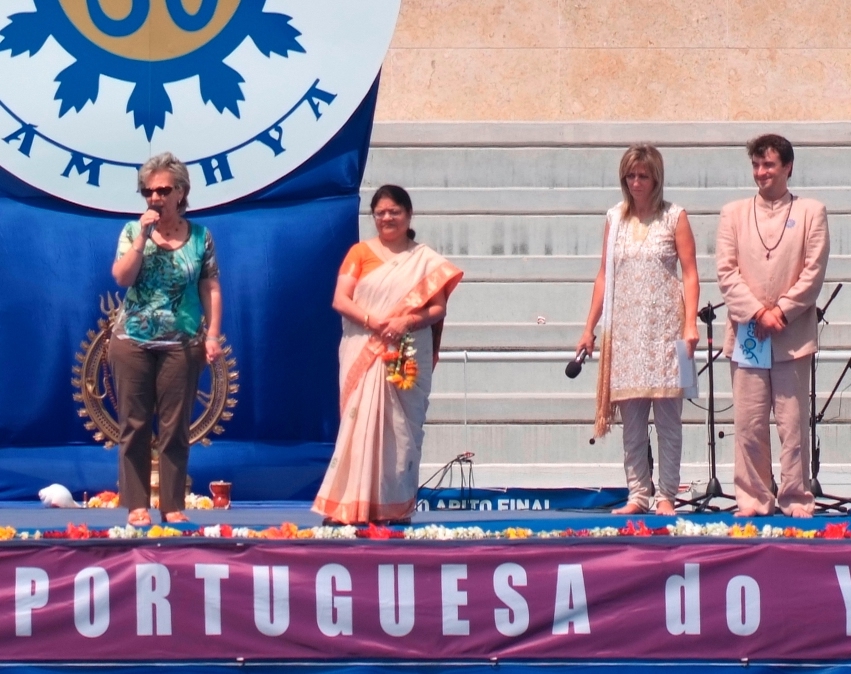 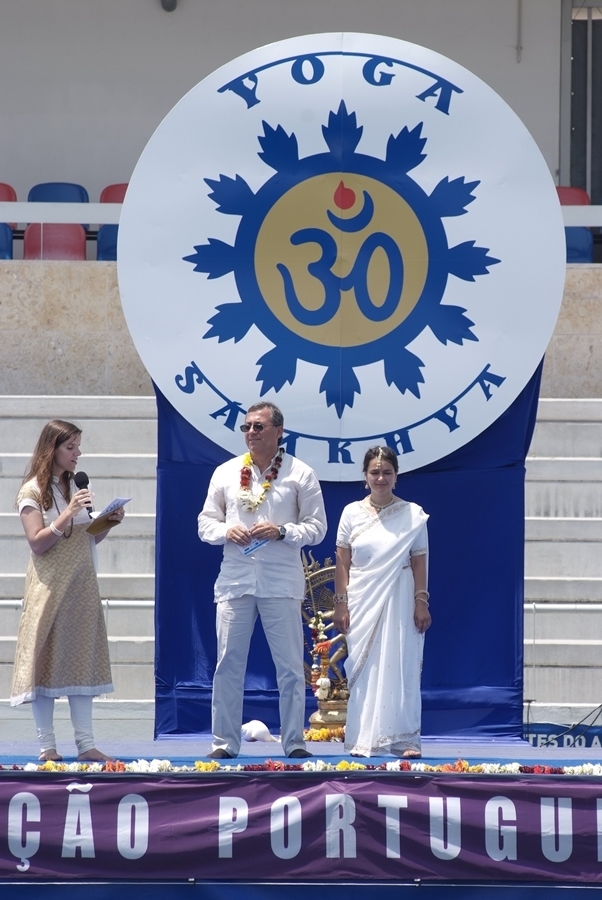 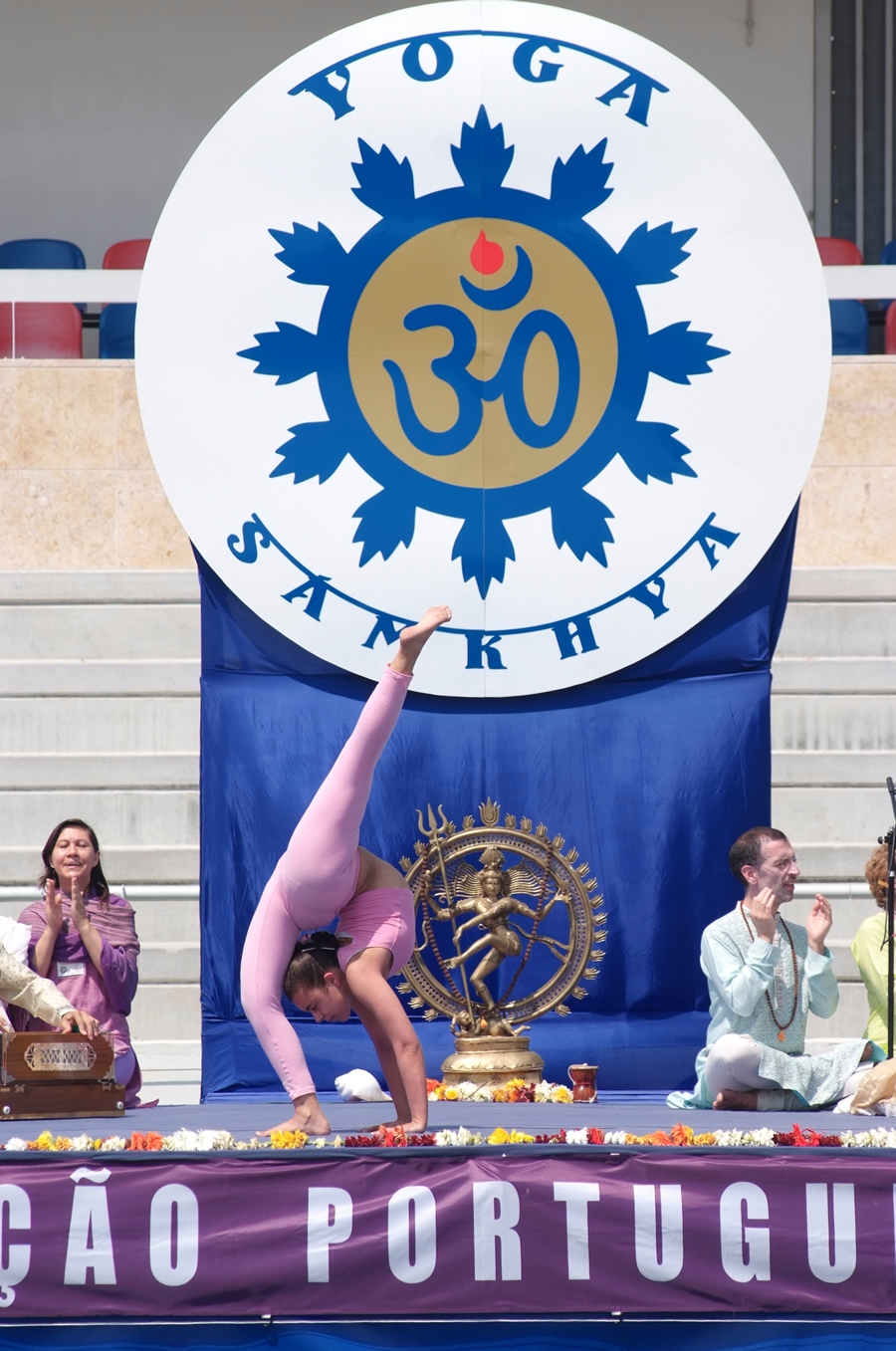 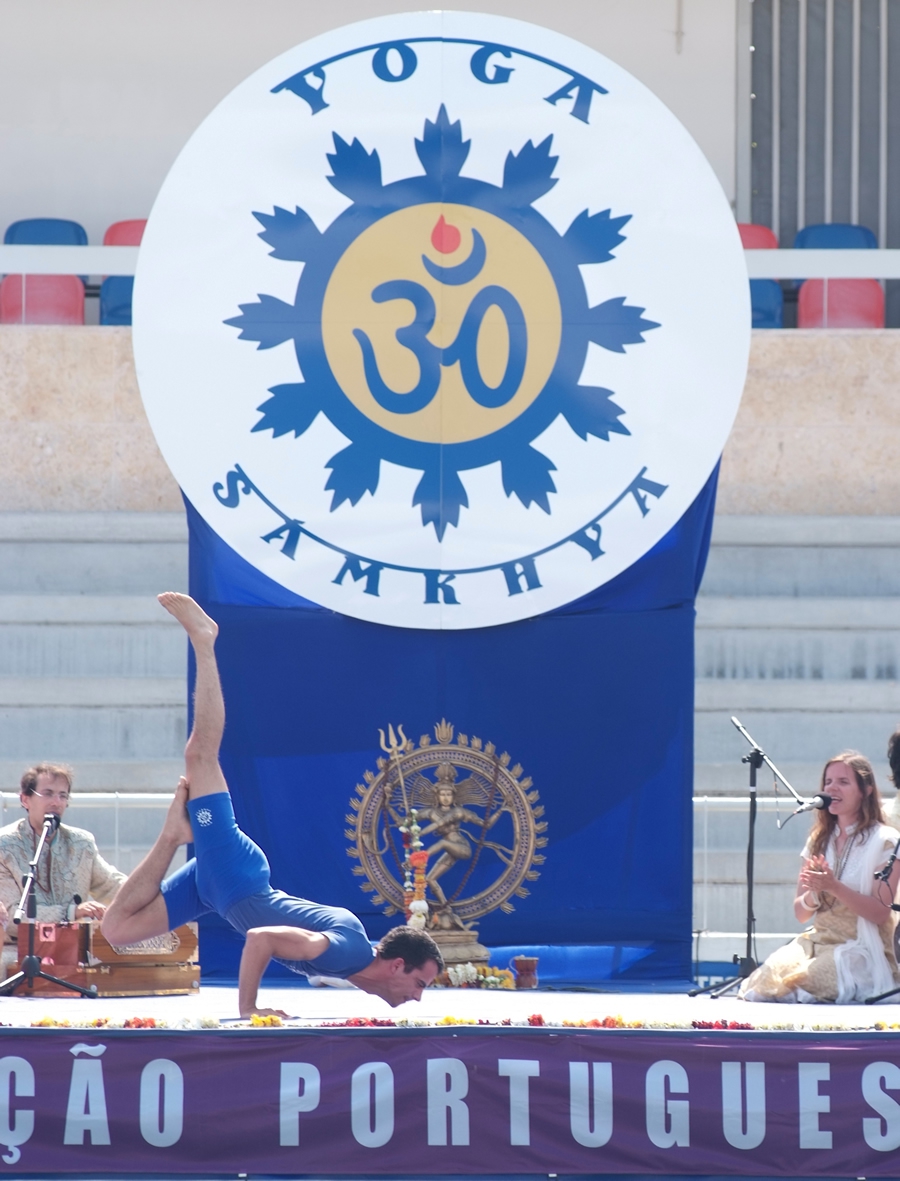 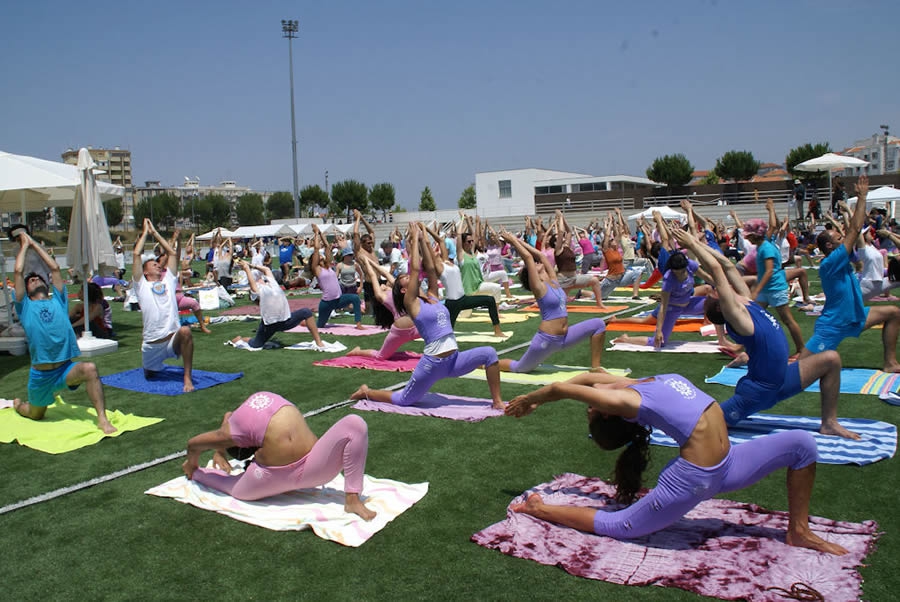 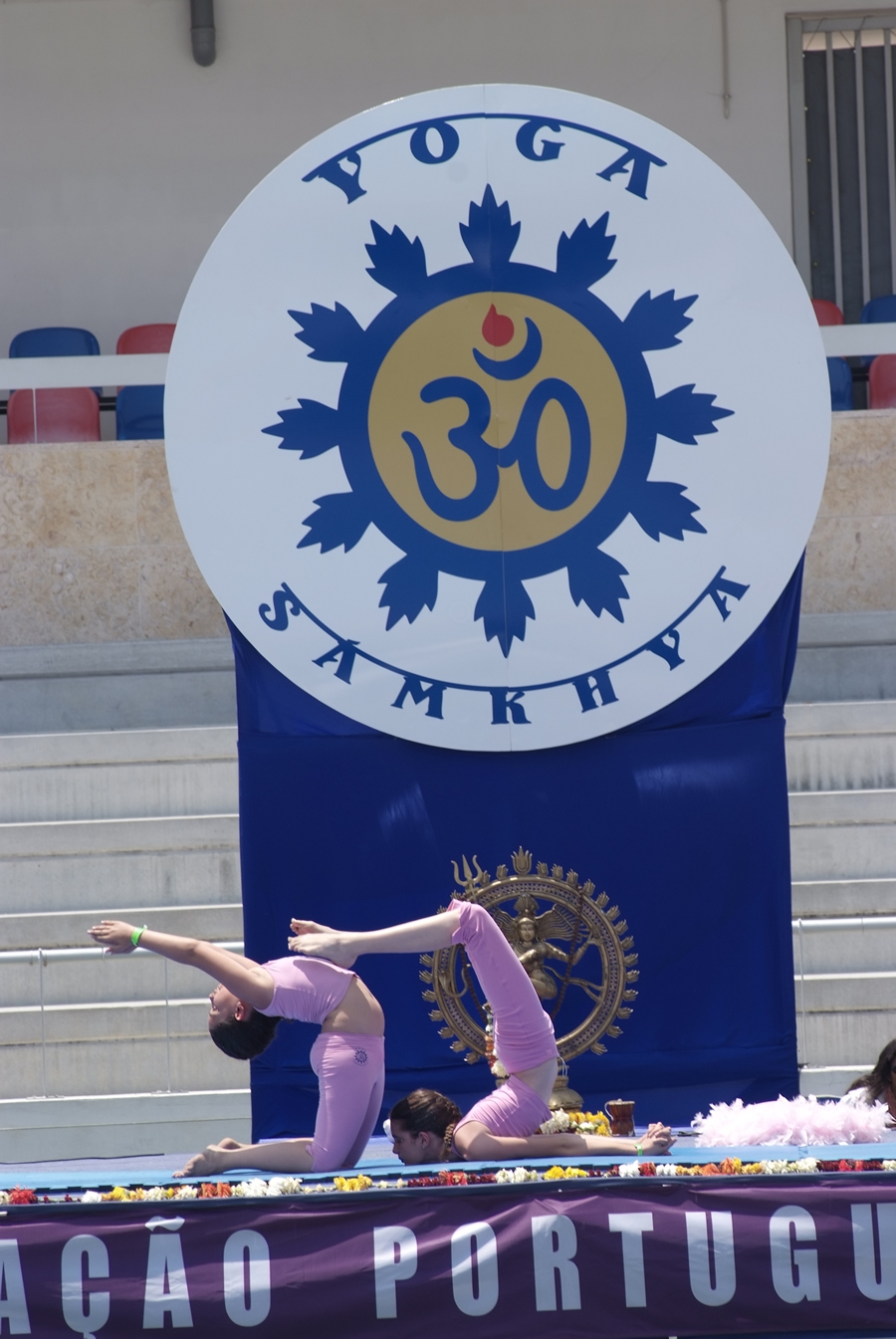 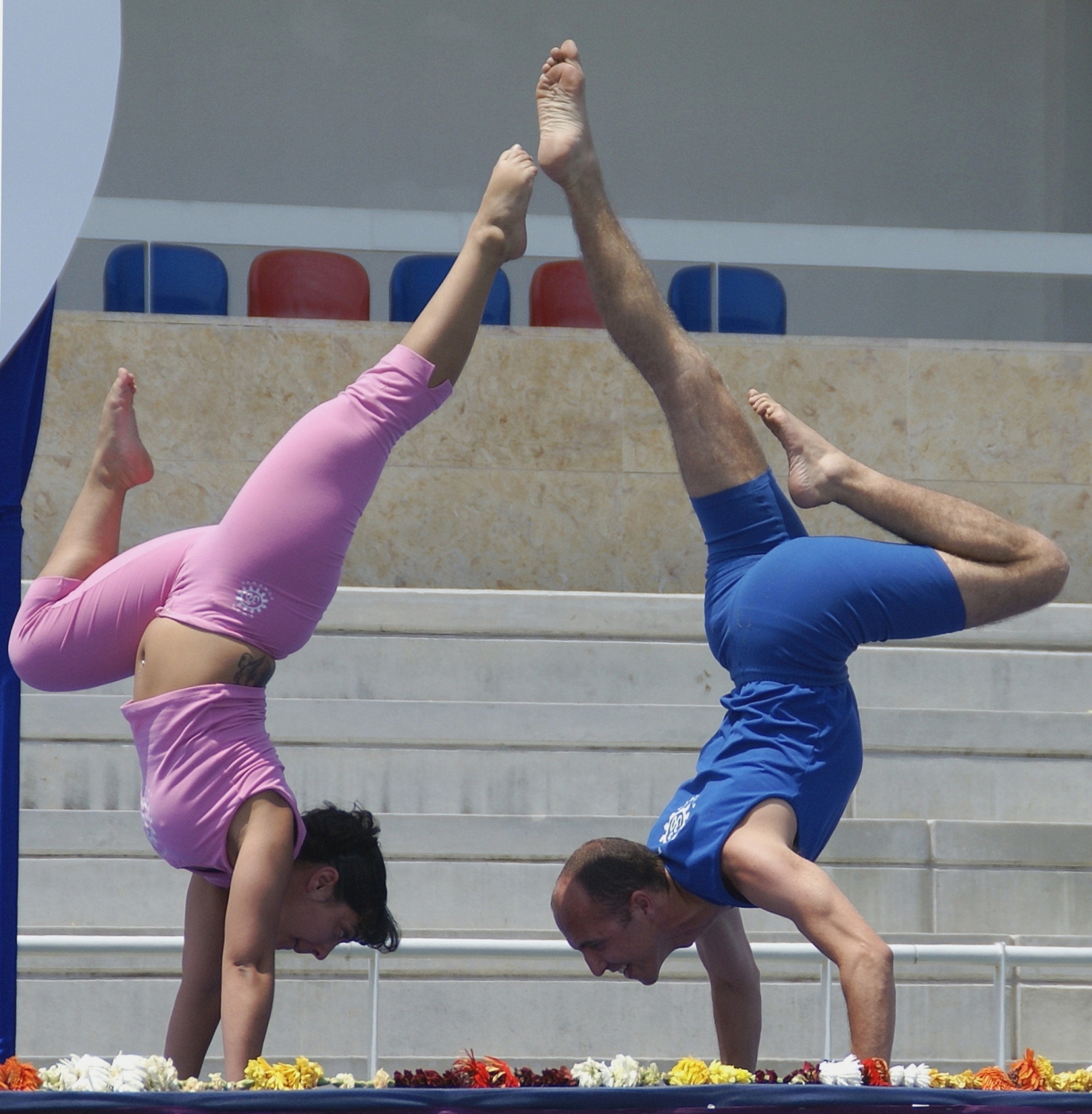 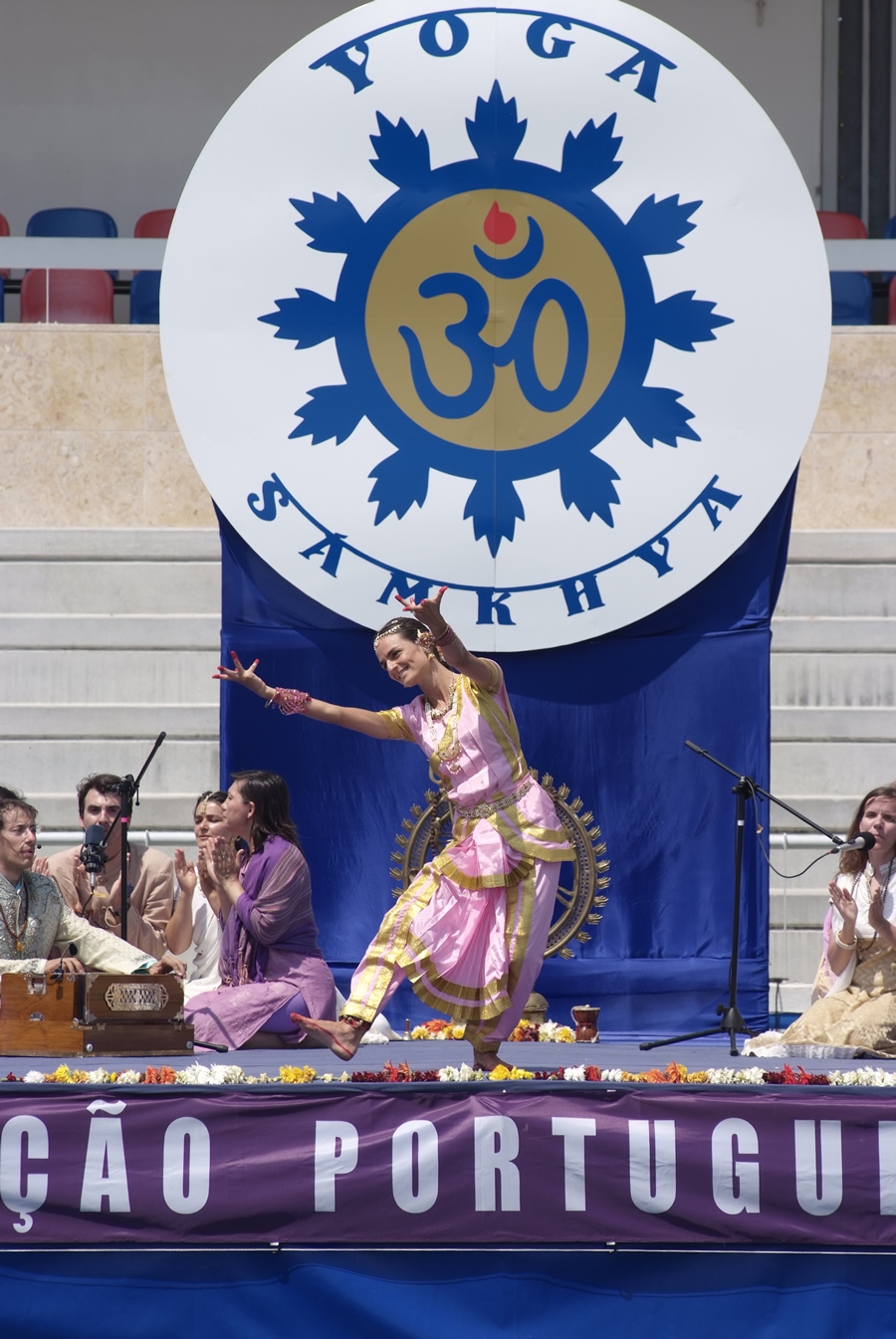 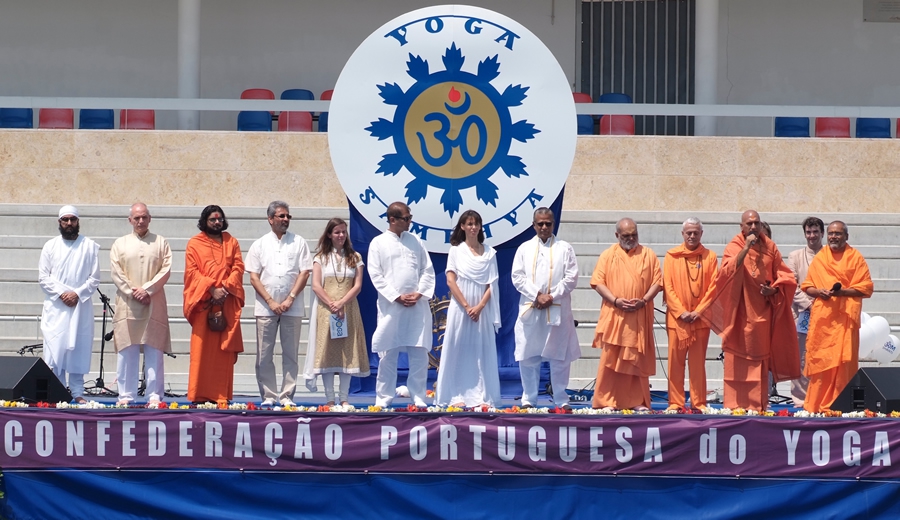 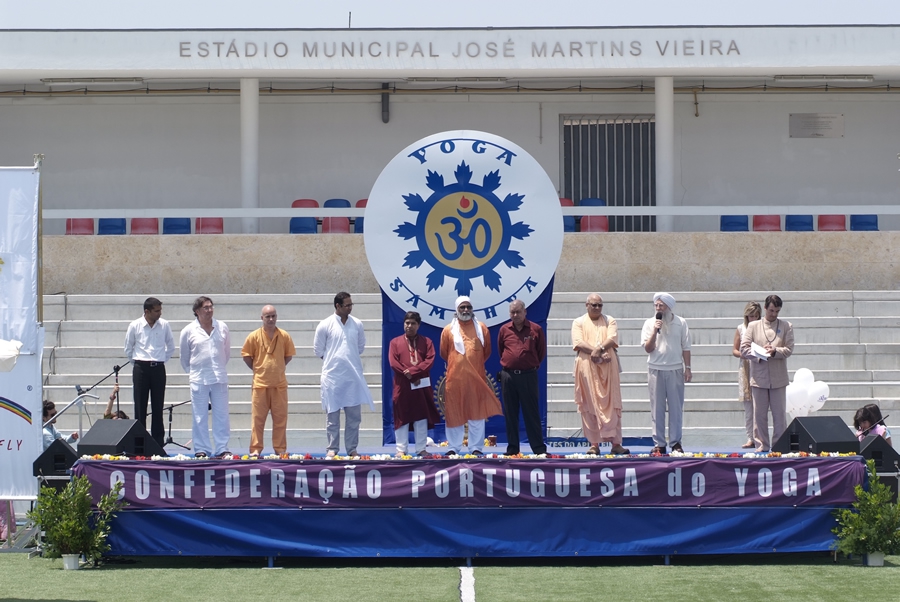 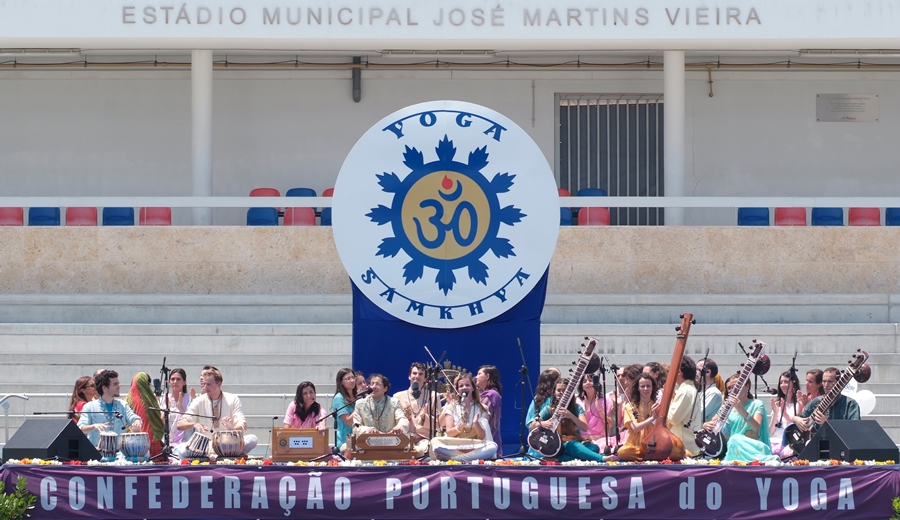 CELEBRATION OF THE INTERNATIONAL DAY OF YOGA - IDY

More than one thousand adults, youth people and children participated on Sunday, June 27th. in a Mega Yoga Class at Estádio José Martins Vieira, in Almada, in the context of the Celebrations of the International Day of Yoga - IDY, for a World Fraternity. This initiative was promoted by Confederação Portuguesa do Yoga (Yoga Portuguese Confederation), FLY - Portuguese Yoga Federation) and Portuguese Yoga Association – ALYO, with a strong support of Almada’s Municipality.

Jagat Guru Amrta Súryánanda, Great Yoga Master and President of the Yoga Portuguese Confederation told journalists that “this is a day of great importance to mankind as the most important issue affecting the world is blood shed, war, and lack of agreement. We all love peace, but it doesn’t exists. We need peace and we are proposing peace, we need the respect for Cultural Diversity, and show that our DNA is viable. The world is enjoying it and is adhering to it.” Several Yoga Schools from India, USA, Spain, Italy, Holland, Serbia, Brasil and other countries began to join this great initiative every year, celebrating it themselves in their own countries. 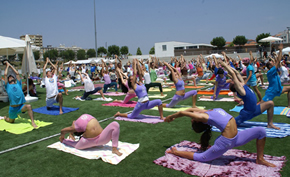