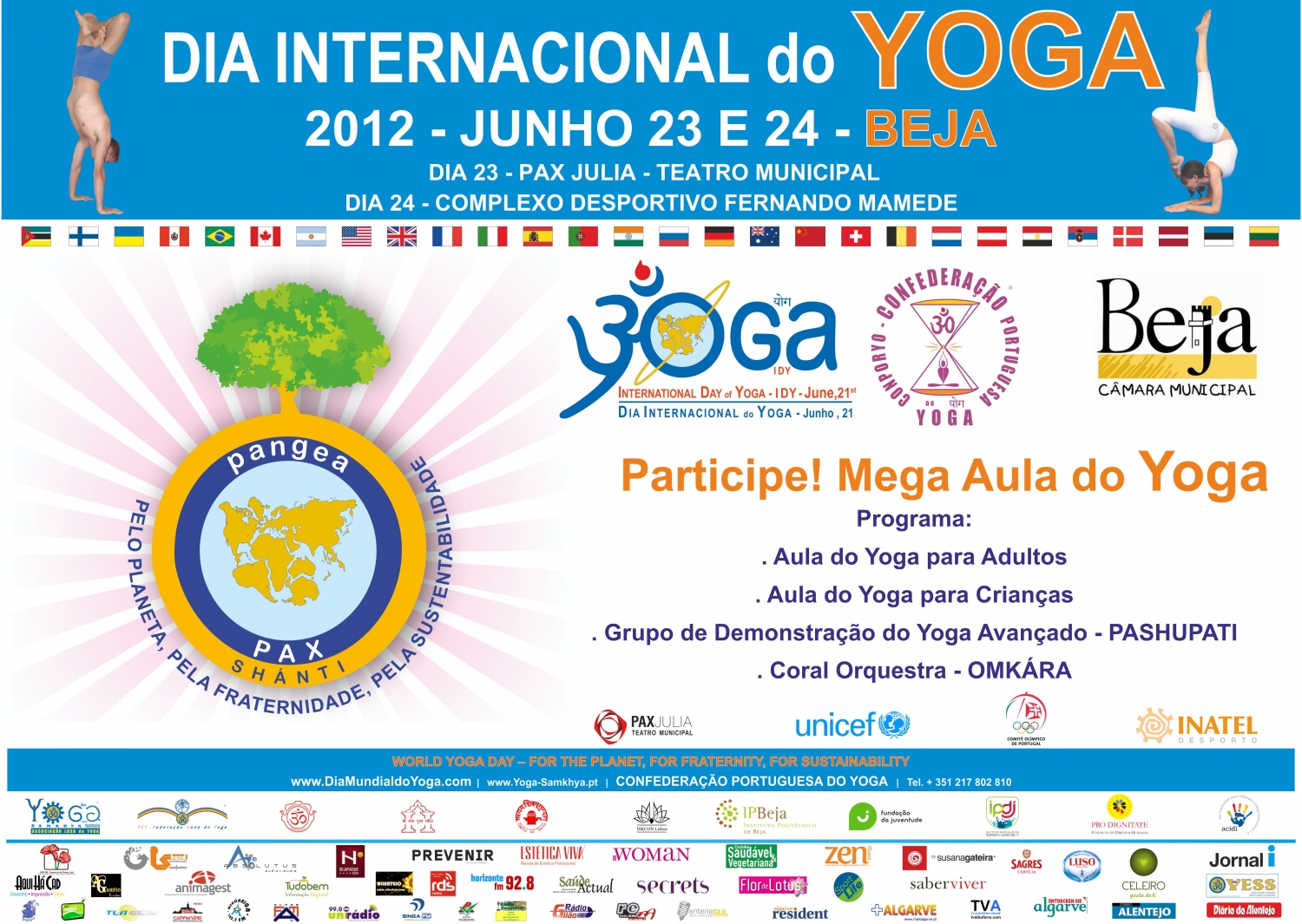 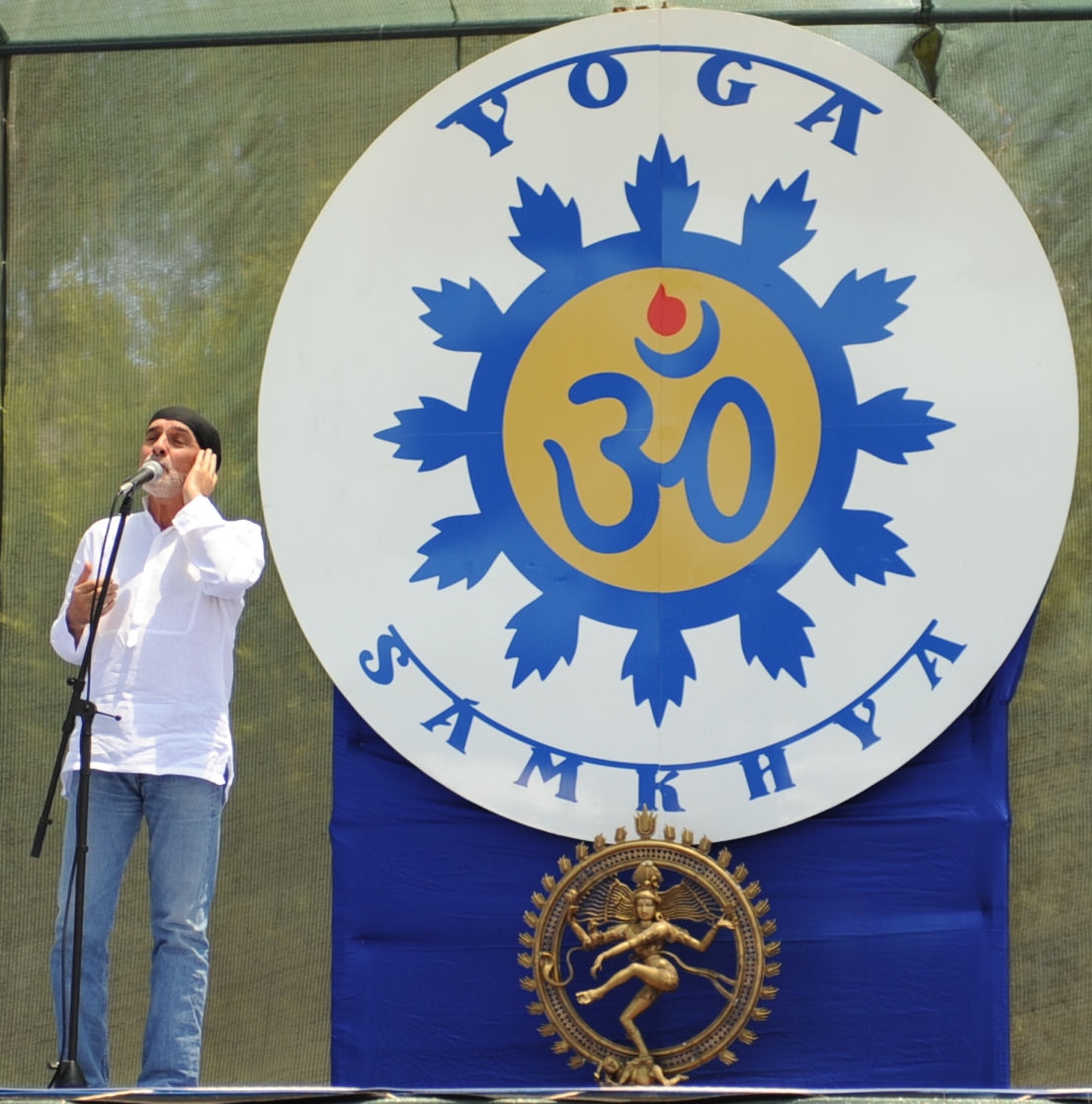 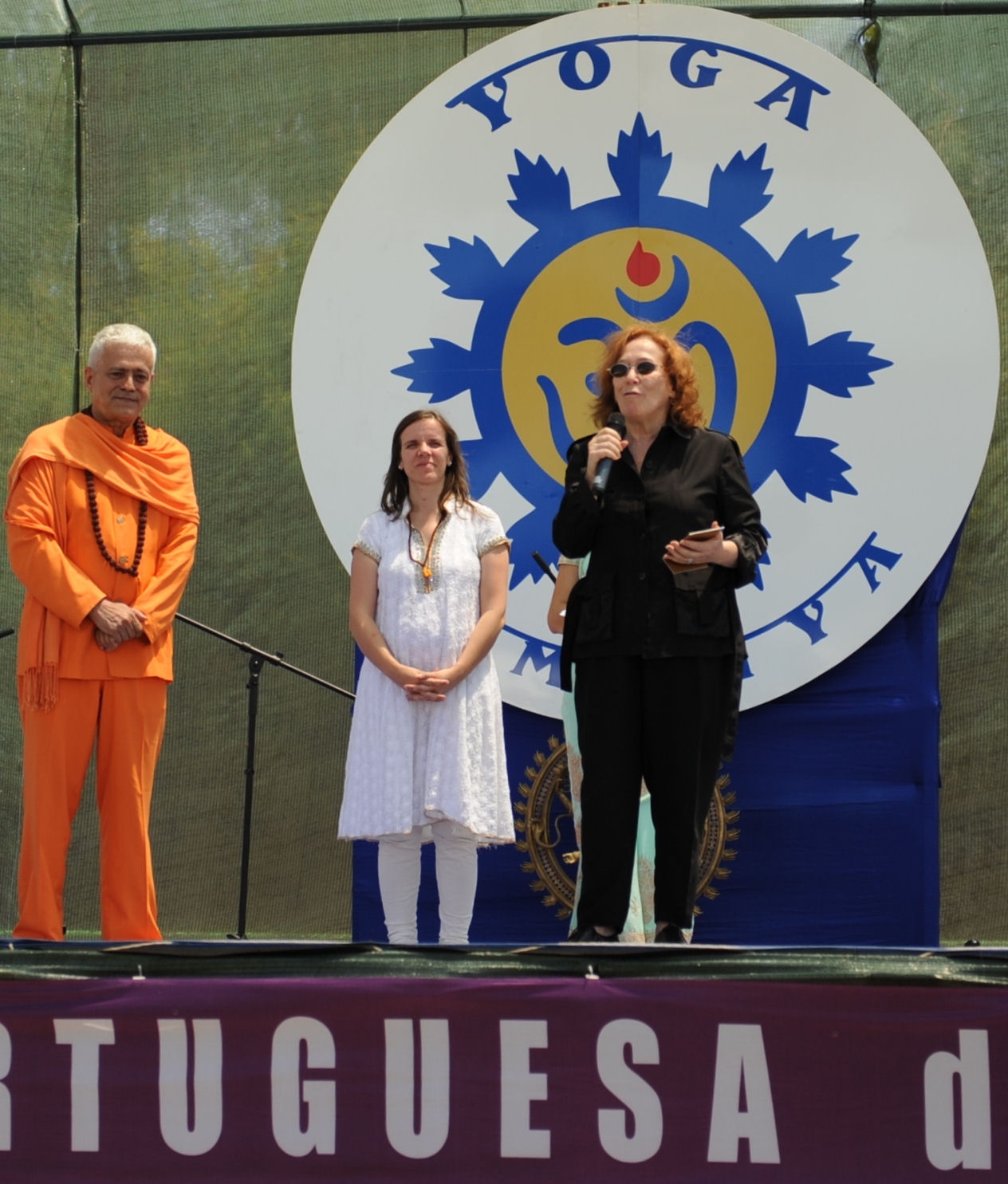 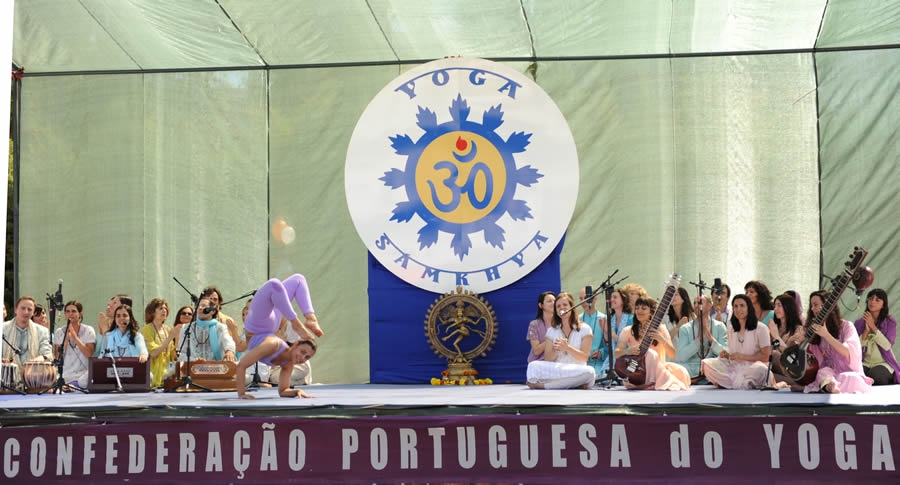 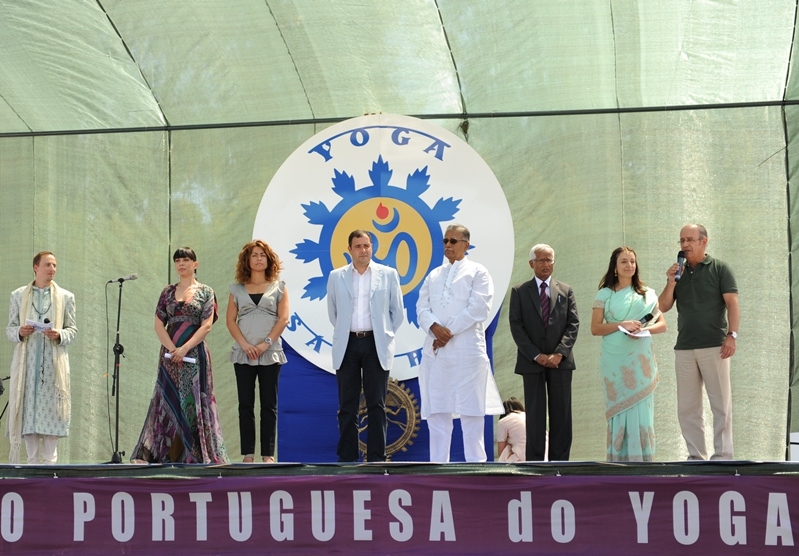 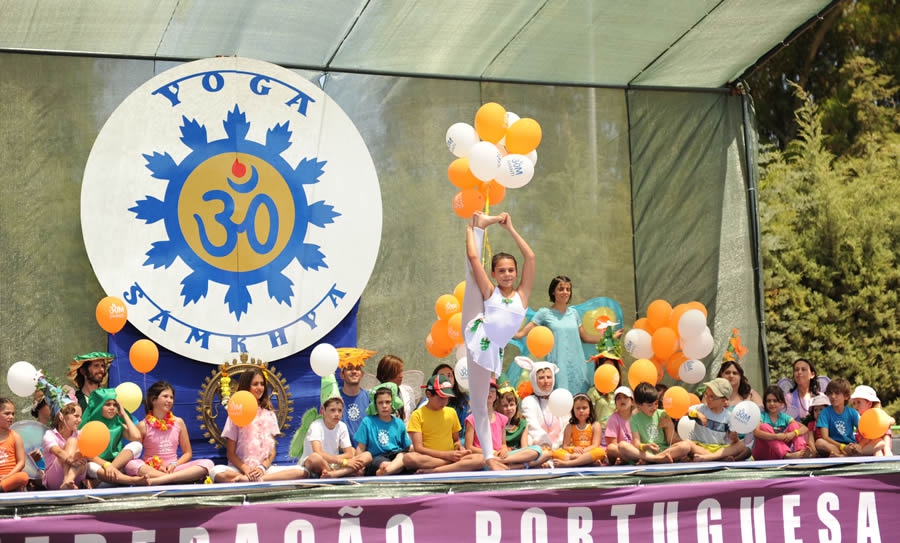 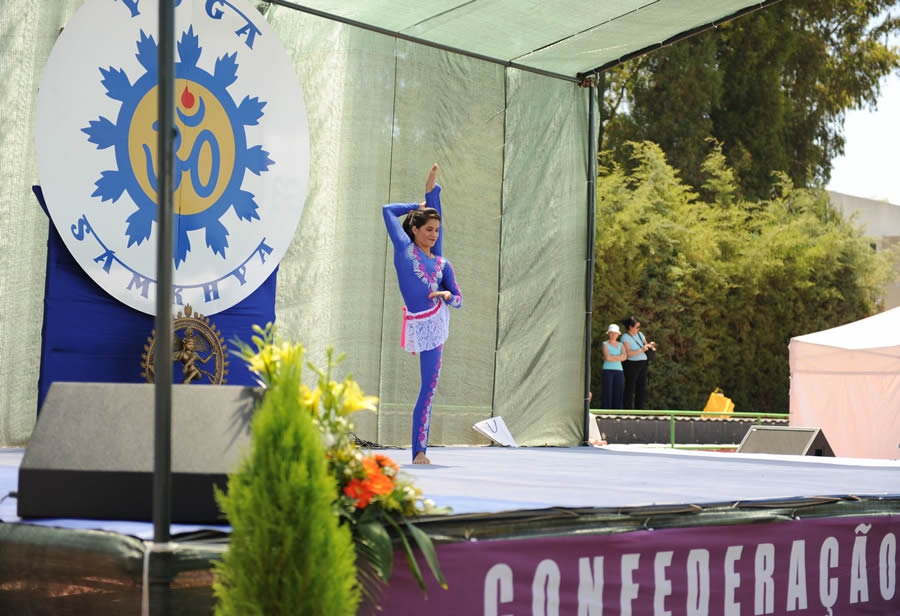 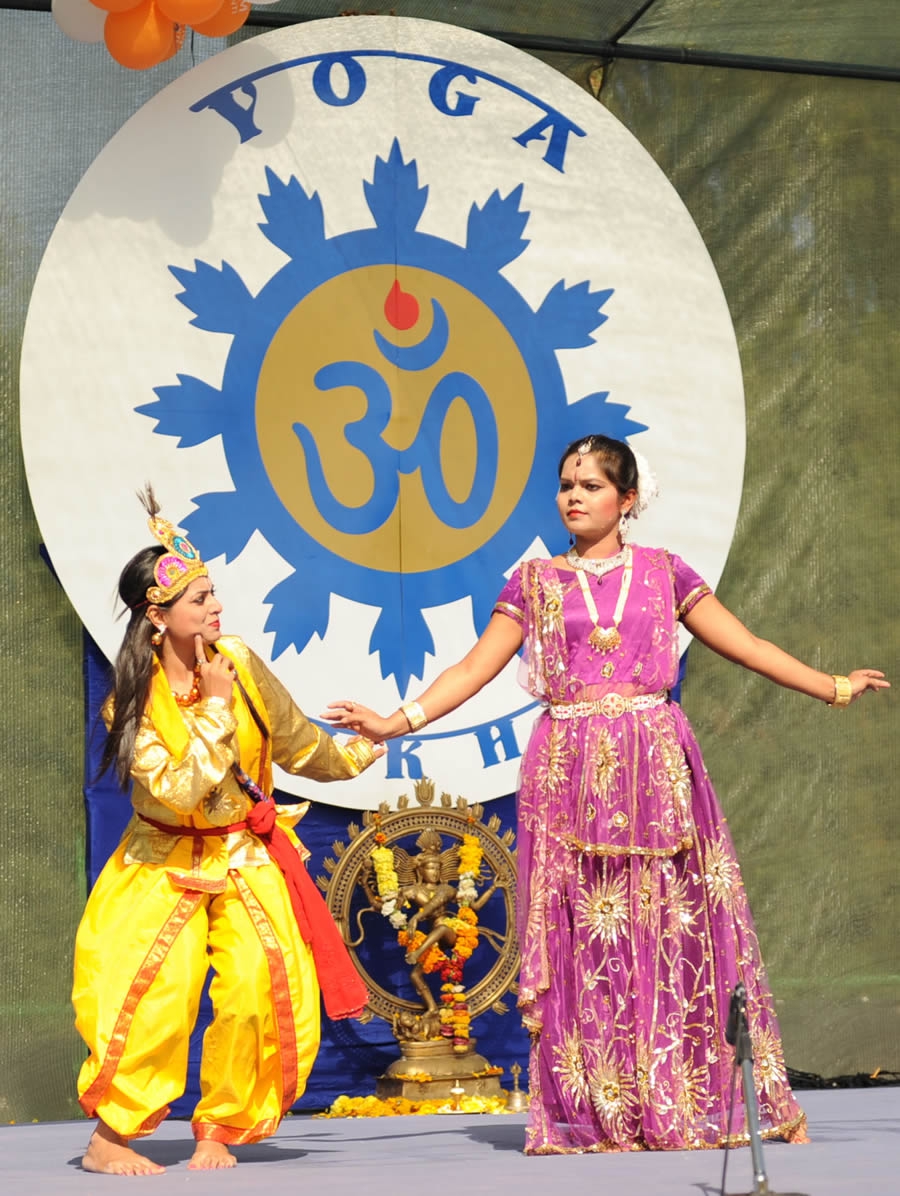 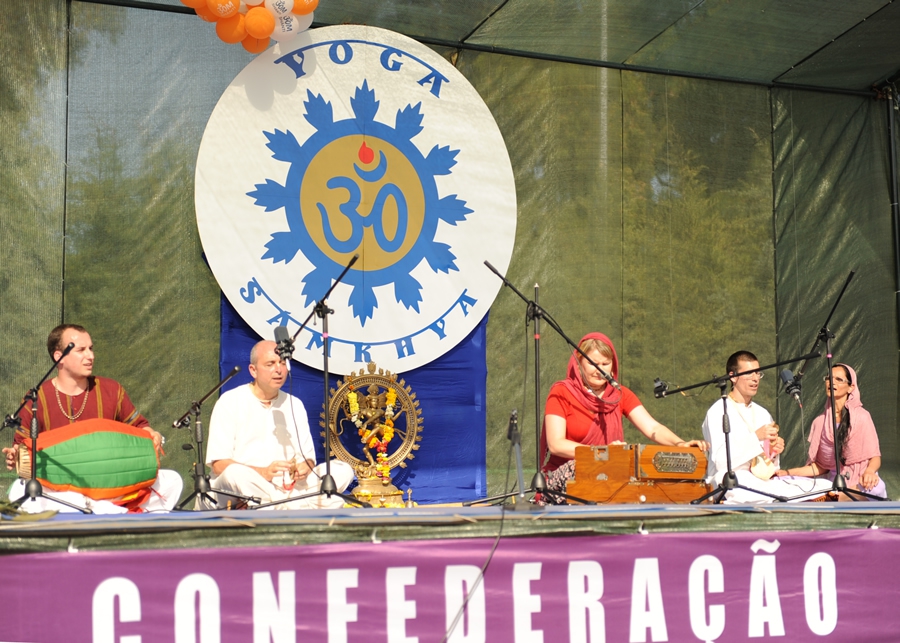 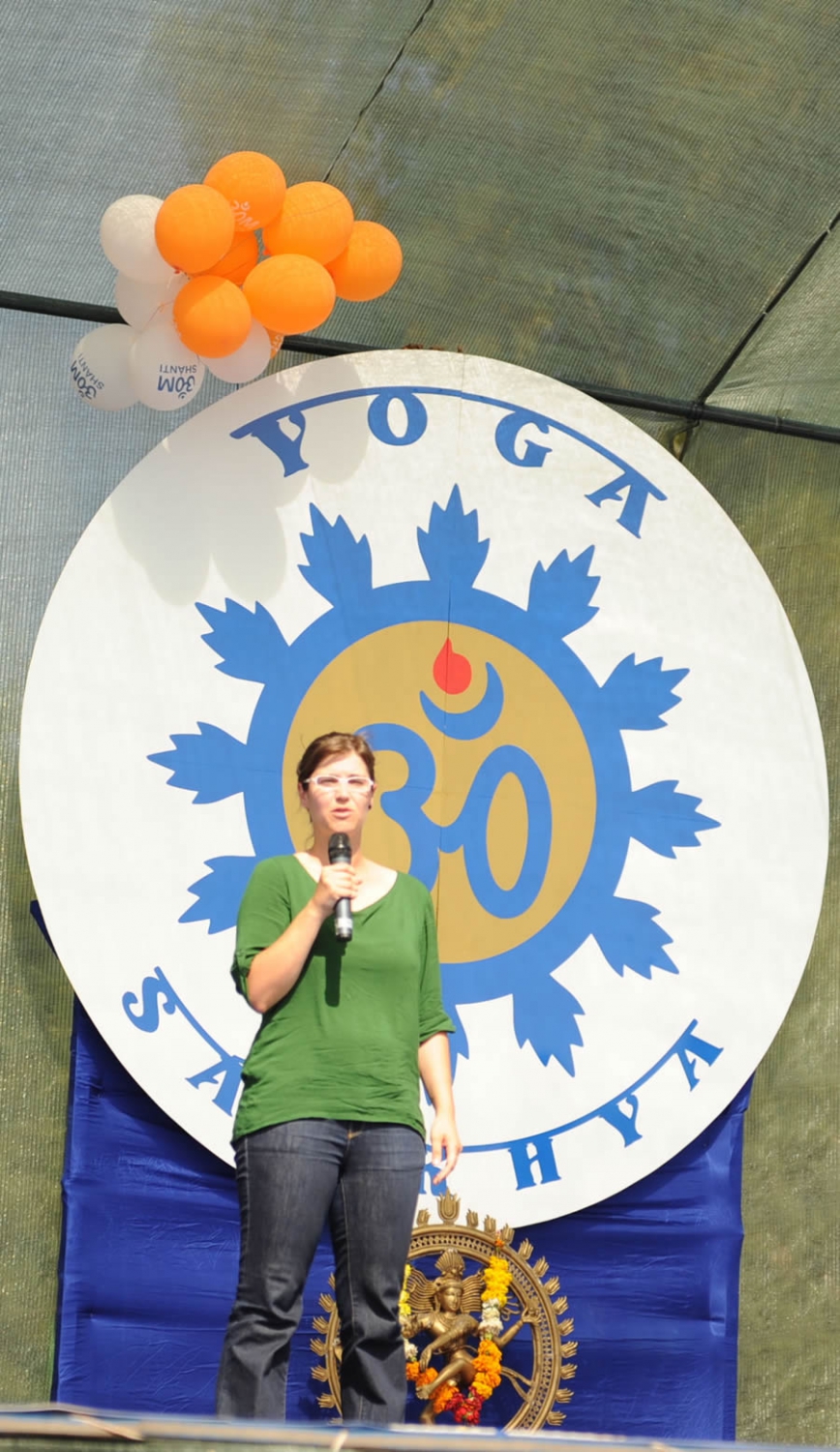 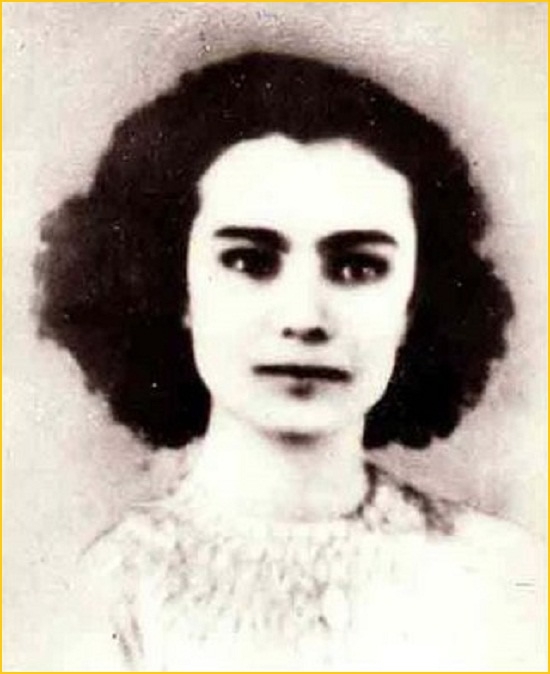 1000 PEOPLE PARTICIPATED
on the INTERNATIONAL DAY OF YOGA - IDY – 2012 - BEJA
Organized by the YOGA PORTUGUESE CONFEDERATION, with the support of the
CITY HALL OF BEJA, INATEL FOUNDATION and the PORTUGUESE OLYMPICAL COMMITTEE

The city of Beja / Pax Julia – a name which emerged from the Peace treaty signed between the Lusitanian, of Viriato, and the Romans, of Julius Caesar – 2000 years later, was once more a center of International Pax with the Celebration of the World Yoga Day (WYD), which counted with the support of Beja’s City Hall.

In association with this First World Day - Inter Ethnical, Inter Cultural and Inter Religious, a Day of Light, where we celebrate the Human DNA - were present Teresa Salgueiro, Maria do Céu Guerra, Janita Salomé, the brothers Igor and Grichka Bogdanoff – world renowned international scientists, the representative of the Bishop of Beja, the president of the City Hall of Beja, and the principal Imam of all the mosques in India.

The Celebration of this World Yoga Day, a candidate at the UNESCO / UN to become the FIRST GLOBAL DAY, has gathered, on the last 24th of June, more than 1000 practitioners, Yoga Teachers and Masters and one hundred children, on this international initiative organized by the Yoga Portuguese Confederation. 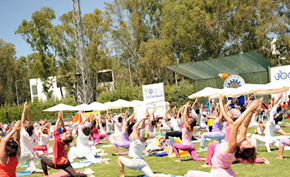